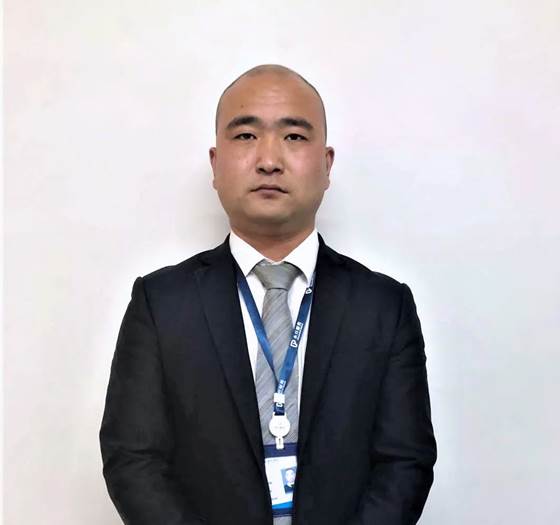 He says he is not an ambitious person, and his ideal is to deliver a good job at his post to guarantee an orderly environment for the owners. A seemingly ordinary person, Tian has done a remarkable deed at a critical moment, showing that a common person is also capable of touching deeds. 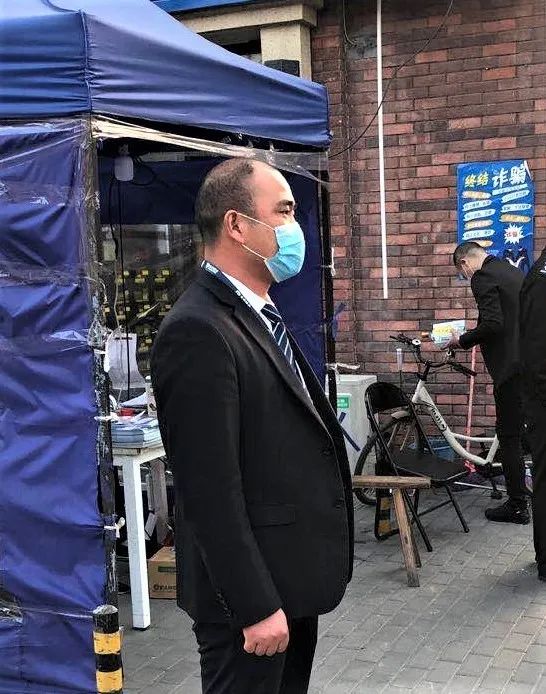 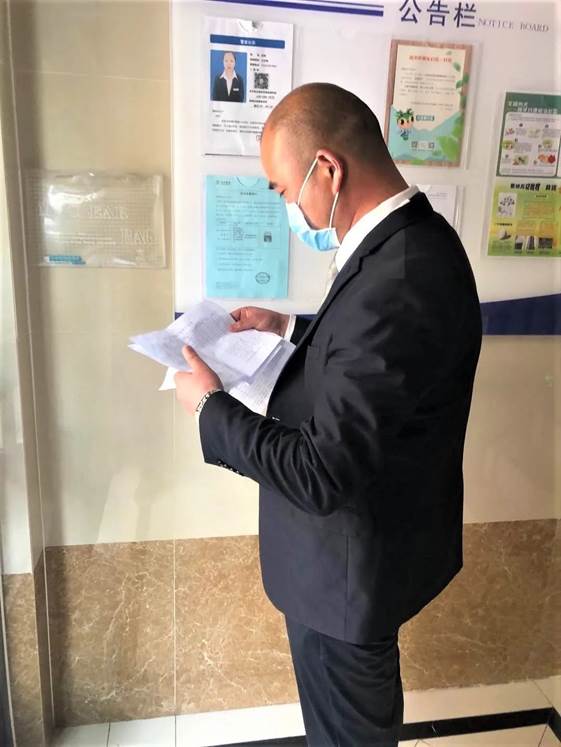 In his day-to-day services

Six minutes of life and death

One morning in early April, Tian was patrolling in the community as usual, when he heard cries coming from a building. Following the cries, he searched around and soon located the source. Now the cries for help grew louder. He rushed into the hall, and found an old man collapsing on the floor, holding in his arms a child about just over a year old who was in a coma, whose face was purple and bleeding. And the old man was screaming for help.

Tian showed no panic. Without any delay, he called 120 emergency number, and asked the old man what had happened. But the old man was at a loss, his account incoherent. Tian tried hard to calm the old man down, and managed to learn that the child went into shock after something being stuck in the throat. The child's parents were at work, with only two elderly people at home to look after the child. Seeing the child breathing more difficult, the grandpa felt panic and came downstairs to cry for help.

Tian calmly but firmly said, "Let us move, we won't wait!" Later, he told us that he felt the waiting to be an ordeal as the old man was about to collapse amid the ticking of the time. To fight for the golden rescue time, he, after getting the consent of the old man, made the decision. To ensure perfect safety, Tian, in face of the dangerous situation, confirmed with the ambulance team the route of the vehicle in advance and calculated the time, before he took them to leave. 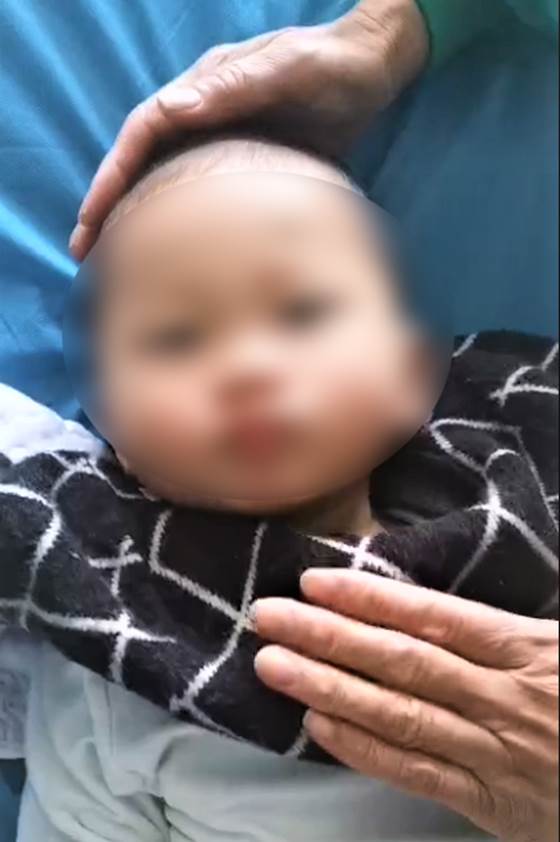 The little owner rescued in time in an ambulance

In the car, Tian, to prevent the foreign matter from sticking further deeper in the throat, used the first-aid knowledge he had learned and taught the old man to hold the child upside down, and put his head as far down as possible. At the same time, he spoke to the ambulance team and described the situation in real time, and managed to meet the ambulance halfway. The ambulance personnel immediately performed first aid treatment on the site. After easing the symptom, they rushed to the hospital. Tian accompanied them all the way. Normally a taciturn person, Tian now became very talkative, constantly comforting the old man to enhance his confidence and help him calm down. Thanks to the rescue in the hospital, the child finally turned the corner, when his parents arrived. But before they got the chance to express their gratitude to Tian, he had left the hospital alone, returning to his post and continuing the "interrupted" routine inspection.

It lasted only six minutes from locating the dangerous situation to having it removed. His calmness, determination and courage shortened the duration of the danger. It is the seemingly impulse "let us go, we won' wait", which was actually the product of his deliberation, helped the medical team to win the golden time of rescue.

The big family of Yongsheng consists of a team of ordinary employees like Tian Hangjian who, working silently in their own posts, are ready to do whatever expected of them for the good of the masses. Courageous and fearless, they are fearless in the face of danger and willing to risk their lives to help others in a honest, firm and unselfish manner... They have many good qualities that are becoming increasingly scarce in nowadays society, and these are the values that Yongsheng promotes every day, "At any time when customers have the needs, we are always their first choice." It is not just a slogan, because it contains a profound meaning.

Tips for the emergency treatment of foreign bodies

1. Lie down the baby on the left (right) side with the head tilted back. Take first aid measures for children with foreign bodies in the trachea;

3. Lie the baby on laps of the rescuer with head down, support the baby's chest, and pat the baby's back 4 times in the direction of the head for the baby to cough up the foreign body as much as possible. But don't pat your baby on the back when standing up. Otherwise, it may send foreign bodies deeper into the trachea.

Even if the baby coughs up the foreign body and restores normal breathing, or resumes normal condition after a bout of severe coughing, you should still take him or her to the hospital for further tests. Don't take any chances. If the residual foreign body debris is not removed in time, the baby will suffer from pneumonia and other serious complications due to infection. Worse, once the foreign body is displaced, it will cause the baby to suffocate.

Guidelines for emergency medical treatment: If the foreign body is not removed from the trachea within 30 seconds, you should send the baby to the hospital as soon as possible. If the baby stops breathing while waiting for an ambulance, you should perform a mouth-to-mouth resuscitation.

Yongsheng touching stories | You are our known preference!

Yongsheng touching stories |Where does the unexpected visitor come from? The butler turns into a Holmes…